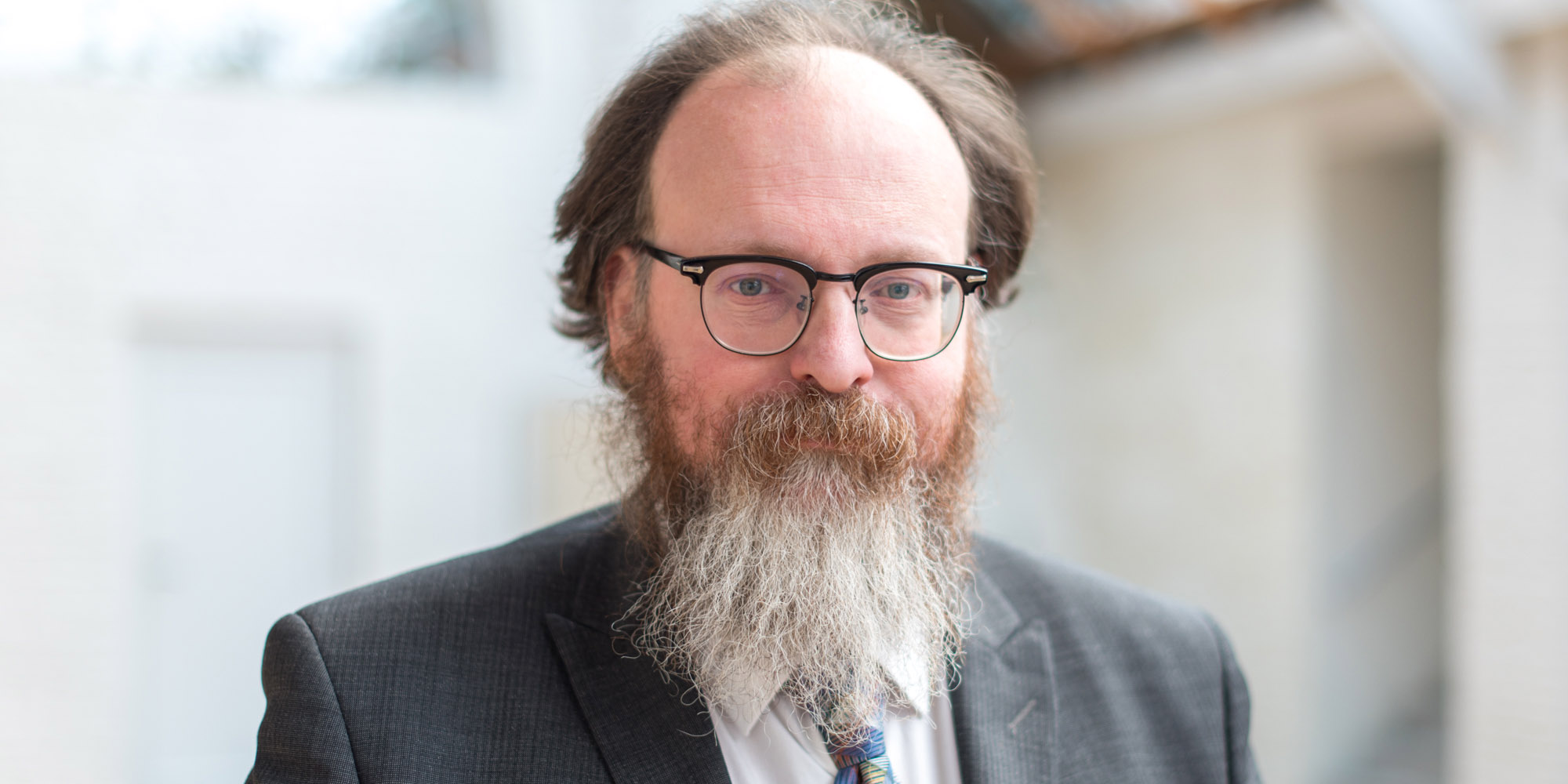 Job titles say very little. Especially in the case of Michel. He studied Law then History and over the years has taken on the role of webmaster, developer, general manager, consultant, technology architect, interactive creative director, chief editor and project manager. That’s in addition to weblogger, designer, photographer and sous-chef. Michel is also a seasoned Namahn collaborator, having worked here from 2006 to 2010 until it became too hard to combine the daily commute to Brussels with a young family of four (and one cat). Now they have grown up, he has returned.

The appeal of Namahn is obviously enduring…

I’ve known Namahn for years. I always saw it as a sort of unattainable ideal—the kind of work I’d really like to do, for interesting clients, with great colleagues, in a stimulating environment. The first time, I wasn’t really looking for a job, and they weren’t really looking to fill a position, but we were both on each other’s radar. The second time around, I was looking for a change and immediately thought about Namahn. The job description on the website said: “ability to talk to people, identify a problem and find a solution”, so naturally I gave Joannes a call.

There are new techniques, directions, and people, but the essence is still there. Listening to clients’ problems, helping them to think differently and find the best solution is where the magic happens at Namahn. It’s always a wonderful moment when a client says, “Yes, that’s it!”. Sometimes, their response is: “Is that all it is?” The best solutions appear simple, but it’s not easy to find a solution that is so simple it seems obvious. In my previous job at Adhese, I was the person designing the solution and handling the practicalities of building it, as a bridge between developers and the business. I can (from experience) bring both perspectives to Namahn’s clients. On any given project I can speak to all those involved in their own language. I think this a plus.

What did you do at Adhese?

I spent eight years building one product from the ground up: a real-time decision making and fulfilment engine for visitors to websites and apps that decides within milliseconds what ads visitors are shown and then implements these decisions. It was computationally and interface-wise very interesting. After eight years, the product was mature and my role as product owner was tweaking small things in the margins. Time for a change!

It’s a grey area but I believe we created a tool that enables people (mainly in the media but also in other industries) to make better real-time decisions as intelligently and ethically as possible.

In 1996, you rightly predicted that the internet would become ubiquitous. Are you optimistic about how it has evolved?

No, I’m deeply pessimistic. Of course, there’s still a lot of good stuff on the internet, but it sometimes feels like you have to go out of your way to find it. Intelligent technologies are now ubiquitous, and we are moving towards content creation without human intervention. There are YouTube channels created by algorithms; news stories soon will be written by AI. Tools like Deepfake that can face-swap videos using machine-learning algorithms mean we can literally no longer believe our eyes. This will only get subtler and more refined. Today, anything can be made to appear suspect. Take global warming or vaccines: the vast majority of scientists agree, yet controversy persists.

Can designers contribute, even in a small way, to counteracting this?

With Systemic Design, we try to solve inherently unsolvable problems. This is very complex and diametrically opposed to how most people want to see the world. Expressing nuance in a world where black & white thinking and acting have become the norm is a constant challenge. It’s incredibly hard to change general mindsets or worldviews, but I do believe things can be changed at micro level.

Any micro level initiatives you are involved in?

I’m a member of CirQ, a performance collective in Ghent. We get up to all sorts of stuff and like to turn things on their head. We call it upcycling popular culture. Ghent Festival is a regular fixture. In 2017, our Datakamp invited the audience to sell their personal data for dummy rewards. In 2016 we created Batahlan, where refugees (we called them ‘potential Belgians’) ran an oasis of peace while the outside (normal society) was a ‘war zone’. The experience was so positive we set up Refu Interim to help newcomers in Belgium integrate by finding them volunteering opportunities in the cultural sector. Today we partner with more than 80 organisations and more than 300 refugees from over 20 countries.

How do you explain a recipe?

Like design thinking, to cook well, you need to feel it. If you want to make chocolate cake, follow the recipe. Do the same for a stew, and it can all go wrong. One is chemistry; the other is artistry. I studied cooking for three years with my wife, who is now on her way to become a qualified chef. I qualified as a sous-chef.

And your greatest achievement?

Without a shadow of a doubt, it remains our children: Zelie, Louis, Jan and Anna.