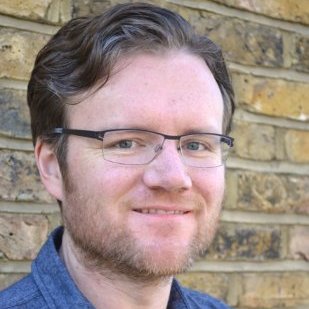 Delivering digital transformation in government is often frustrated by challenges with procurement, user dissatisfaction and problems with security and money coined as the ‘Square of despair’ by Mike Bracken, Head of the UK Government Digital Services (GDS).

GDS was set up to fix this. It’s spearheading the government’s ambitious Digital by Default strategy — making online services for citizens so good that they choose them by default, instead of the traditional service.

With 250 digital specialists in the heart of government, GDS has set the private sector as its benchmark.  It’s striving to deliver better services that bring business benefits while meeting the 26 criteria of its Digital By Default Service Standards.

Citizens often turn to MoJ when their lives are disrupted

The MoJ is an early responder to the challenge. As Head of the MoJ’s Digital Services User Research team, Harder explained the ministry’s unique context.

Citizens generally interact with a particular MoJ service only once, and typically at a highly vulnerable moment in their lives (court and tribunal appearances, prison, parole, legal aid, public guardianship, youth justice).

On top of this, the MoJ manages critical national infrastructure and processes which make any change, including digital change, very challenging to put in place.

The answer is digital transformation in slices. At the heart of this is MoJ Digital Services, an in-house multidisciplinary team dedicated to delivering digital public-facing services thoughtfully.

The team is almost entirely made up of people who make digital services: developers, user researchers, copywriters, designers and project managers, led by a Chief Digital Officer (CDO). The CDO reports directly to the Director General, and is at the same level as the MoJ’s CTO, giving the CDO major prominence in the organisation.

In a major shift from traditional procurement patterns, it’s actively pursuing relationships with smaller suppliers to deliver projects. This is a positive outcome because by inhousing development, it lets the government cut overall costs for development as well as increase their control.

Rather than traditional project management, the team uses SCRUM, an agile kitbag that guides the roles and responsibilities of a team that is 100% focused on delivery. Their agile values are a radical change from the past:

This is followed by a discovery phase (typically 2-3 weeks during which the business problem and success criteria are revealed), an Alpha launch, a Beta launch, then go-live, all of which occur within 20 weeks and involve user testing, both internally (up to the Minister) and externally.

Not every MoJ service can be targeted for transformation, Harder explained, given the high-risk environment of many, such as prisons. Also, the outcome must be consistent for users and the legal system.

However, many services on the edge can be radically improved by digital transformation, so that rather than applying rules, they become a way of solving concrete problems.

To illustrate, Harder described an ongoing project about traffic offences, where the business case they identified is reducing the number of people who turn up at court unnecessarily.

This project involved citizens and court officials in an ethical user-centred design process. Through interviews in court, the team first discovered that (based on the paperwork defendants received) many did not understand why they were there, what they were charged with, what penalties were involved and how they could pay.

This gave the team an organisational goal: to reduce the number of visits to court when people want to plead guilty.

Based on these interviews, they created personas to map stress levels throughout the current process, from being stopped by police to the court appearance itself.

Stressed people make bad decisions. The goal was not to make police encounters less stressful but simply to make the paperwork less stressful, so people didn’t come to court unless absolutely necessary.

Harder ended his lecture with a clear message: “Digital transformation is not complicated. We have the tools, the people, and the know-how. The secret is to keep delivering and we will get there, bit by bit. It’s just a question of time.”