It appears there is no clear answer, and this only deepens the mystery as to what the discipline is, and its ability to help us solve ‘wicked problems’. The 17th Namahn lecture by Philippe Vandenbroeck, renowned systems thinker and co-founder of the strategy consultancy shiftN, offered insights into the discipline today, in the future, and a link with design thinking.

The rise of systems thinking began really in the 1960s, and correlated with a period of unprecedented ferment and turbulence. All this messiness required a new non-linear language and worldview, an alternative to (still dominant) rational thinking, rooted in our legacy of Enlightenment. Today we are grappling with even more messiness and ‘wicked problems’: clusters of issues of technical complexity but also social complexity (as we don’t agree on what the problems really are), and on a global scale (look no further than the ‘super-wicked’ problem of climate change).

It’s up to us to decide whether or no a problem is wicked. But acknowledging that issues can’t really be solved invites us to develop alternative problem solving strategies focused on learning rather than optimisation. Systems thinking can help us in this shift from control to sense-making. But people may ask: isn’t this too down to earth, too pragmatic? What about our capacity to dream up utopian schemes, for visionary breakthroughs?

Vandenbroeck argued that cathedrals can be built, quite literally, without blueprints. To underline this point, he offered two icons, many centuries apart. The first is the 13th century Chartres Cathedral: an amazing innovation of its time, but without signature. There is no architect’s name (unthinkable today!) nevertheless it’s still standing. Chartres is the equivalent of a modern-day laboratory, where people collaborated, experiments happened, discoveries were made and the knowledge base grew, using the rule of thumb, life-sized drawings and a strong overarching mission (building the house of God): no blueprint, pragmatic, and messy. A modern-day equivalent is CERN, where scientists have been working together for 40 years (nearly as long as it took to build Chartres) to build the ATLAS detector. It’s basically the same story: piecing together a puzzle on the basis of fluid concepts and changeable input. No hierarchy, no blueprint, no CEO, but a flat organization where lots of experts work together in an inclusive way.

In design, working collaboratively in multi-disciplinary teams enables us to keep design options open for as long as possible in order to find answers to problematic situations. As such, Vandenbroeck is now working with Namahn on a Systemic Design Tool Kit, “a milestone in our emerging partnership and totally aligned with one of my agendas: to build bridges between the systems world and design.”

In terms of the future, Vandenbroeck advocated that perhaps we should shed the ‘systems thinking’ mantra in favor of a more modest ‘systems tinkering’. And it’s about more than the mind alone. Systems tinkering is an ethos. Its logic of entanglement brings about a sympathy for all things. It’s ‘ecological’ in the widest sense of the word. Systems tinkering is systems caring. “We need metaphorical campfires around which we can talk about problematic situations. That’s where we should start.” 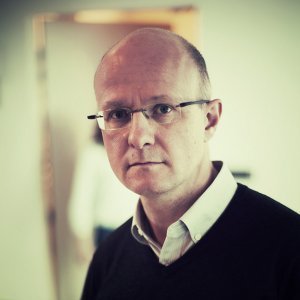 Philippe Vandenbroeck is co-founder of shiftN, a strategy consultancy based in Leuven, Belgium. ShiftN helps its clients to transition to new models and practices of value creation in the post-post-industrial society.

Philippe was educated as a bio-engineer and a philosopher. He recently received a Master of Human Settlements, providing him with new tools and ideas to tackle the complex relationship between space and other dimensions of human society.

After his engineering studies, Philippe joined the Royal Shell as a researcher and statistician in the chemicals business. After five years, in 1994, he established what has evolved into shiftN. In his early years as a scenario planner and a systems thinker, he was associated with the Global Business Network. He enjoyed the privilege of working with some of the most gifted systems thinkers and futurists.

Currently, Philippe is an affiliate at the Advanced Consortium on Cooperation, Conflict and Complexity at Columbia University, New York City.