Setting the scene for what she describes as the new ‘cognitive era’, Van Ballaert took the audience on quick tour of computing history. From the earliest computers, inspired by mechanical engineering and dealing purely with structured data, to the arrival of programmable systems, designed according to a new digital paradigm that made computers more powerful and heralded the emergence of the Internet and big data.

Without big data, the present evolution could not happen. It is this affluence of existing structured data coupled with a new abundance of unstructured data (text in different languages, images and sounds amplified by social media) that require a new paradigm. During the past 10 years, technology companies have experimented with cognitive systems and today machines capable of learning exist. These machines can deal with unstructured data and use language, sound and images to learn about circumstance, action and decision. There is no one size fits all ‘robot’. Depending on context, humans have invented different forms of machine learning: unsupervised as in the self-driving car, which uses observation to develop its own mechanisms to deal with circumstances, or rule-driven, as in machines that learn from humans teaching them rules and feeding them data that they take as ground truths. For example, the unprecedented computing power of the Deep Blue chess-playing computer enabled it to beat the best human player in the world. But this was the limit of its ‘intelligence’. Challenge the same computer to another game and it would fail.

With Watson, IBM took cognitive computing to a new level, as was demonstrated in a quiz show experiment where the system took on the world champions of Jeopardy. The quiz involved a host making a statement in a complicated way to which the person (and computer) had to find the answer. This challenge is fitting for the ‘cognitive era’: it requires an ability to tap into a wide body of knowledge from multiple sources, an understanding of the ambiguity of language and the complexity of syntax, the ability to place a bet (in terms of a winning strategy) and last but not least, to predict one’s chances of having the right answer. Watson vanquished its human rivals.

The most important insight to emerge from this experiment was the computer’s ability to understand intent. When humans interact with language, understanding the intent of a question in order to respond correctly is more important than syntax. The current generation of Watson understands actual human meaning, because it understands the arguments humans make for or against a particular statement. This constructs the possibility of dialogue. Today’s most sophisticated cognitive systems understand, reason, learn and interact with human beings.

Van Ballaert argues that the endless capacity of cognitive systems to deal with data volume and to interact with humans makes them a powerful extension of the human mind. IBM labs already offer an immersive experience where Watson supports strategic thinking and decision-making for businesses. Feeding Watson with a set of data that it takes as ground truths eliminates bias (a typical human trait) in decision-making and probability scenarios. Cognitive systems are also very good at locating knowledge, that nugget of data you seek in the mass of data available, and pattern identification, which lies at the core of the underlying technology.

Such a cognitive system can augment human intelligence to an extent that when we interact with the system, it does what we are not so good at while we continue doing what we are excellent at. Herein lies the big difference between humans and machines. Humans are good at applying judgment and using common sense; we make decisions based on moral judgment learned at an early age. The cognitive computer makes judgments based on rules or law but cannot understand morals. Humans have imagination and can dream; we can also abstract and generalize, we are very good at dilemmas, empathic and we touch. Computers can deal with video, audio and text but they cannot touch.

Looked at in this way, Van Ballaert suggests that this interaction between humans and machines is not so different from the previous industrial revolution. It is just another machine age, only this time data driven.

Van Ballaert believes that the design of the cognitive system’s interaction with people will be very important. Designers and the human computer interaction design community can play an essential role in shaping this relationship and managing change: What do we allow a system to do and where do we say stop? Where should humans intervene? What will our experience of the cognitive system be? The design and co-creation of these systems with particular professions will also be critical. Not only to make the systems perform but also to drive acceptance, reassurance and trust.

Should we be worried?

Although the technology is already there, it takes a lot of data and training to make it good. But this will happen. Also, these systems will only be as good as the massive amounts of data they are fed with. In preparation for this, many companies are rushing to acquire massive amounts of data. Think of Microsoft acquiring LinkedIn. Google offers us to put our pictures in the Cloud for free. Why? They want to train their cognitive computing systems… so that one day, they’ll be able to recognize your cat from amongst the millions of others.

Van Ballaert suggests that instead of being afraid, what we actually need to do is get smart: understand what the technology can do and engage in the questions this raises. To solve real world problems in the cognitive era we will need to combine multiple technologies. Cognitive systems are not an isolated event in the history of computing. It is not about one technology coming of age but a multitude at the same time: the Internet of Things, connected devices, Blockchain, robotics, not forgetting mobile that we have already embraced. Their convergence creates the perfect storm for disruption.

As questions from the audiences showed, there is a general sense of unease fueled in part by media hype. Multiple changes are happening at the same time and we fear disenfranchisement and losing control. The main worry is that machines will take over. Privacy and human agency could be under threat: imagine a machine that knows you better than yourself, from your shoe size and DNA to your favorite food…

Will there be haves and have not’s with regards to accessing technology? Will these technologies help us to live safer lives, cure chronic diseases or will they eradicate our jobs, creativity and civil liberties? These and many more fundamental questions need addressing in a wider societal debate involving citizens, policymakers, consumers, corporates and designers. Envisioning the future is, for now at least, something only humans can do. 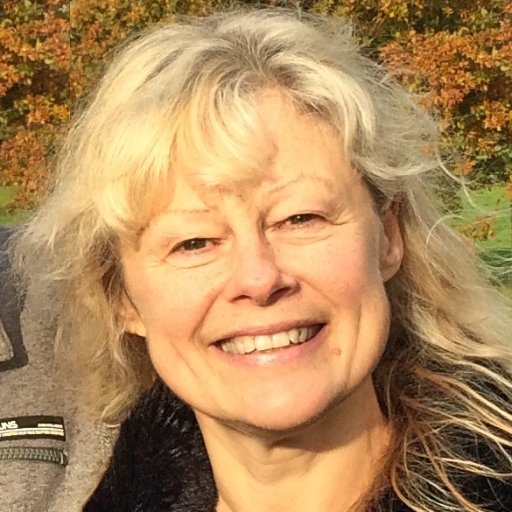 She has 20+ years of international experience driving business transformation and growing new businesses, using the opportunities offered by technological advancement.